I am a member of The Experimental Food Society and recently exhibited a cake/sugar sculpture for the society's annual talk at The V&A museum. It was part of an edible installation called "The Peasants Revenge".


"Marie Antoinette, the profligate queen of France during the 18th century French
revolution, upon learning that the peasants had no bread to eat, was famously attributed with the phrase “let them eat cake”.
Some historians claim it was her frivolous and lavish lifestyle in the face of the peasants’ hardship that triggered the start of the French Revolution, and ultimately led to her beheading at the guillotine.
The installation is a light-hearted take on these themes of the French Revolution. Marie Antoinette takes centre stage, and the display provides the audience with an opportunity to take ‘revenge’ for the peasants by eating a mini cake in the form of Marie Antoinette’s head." 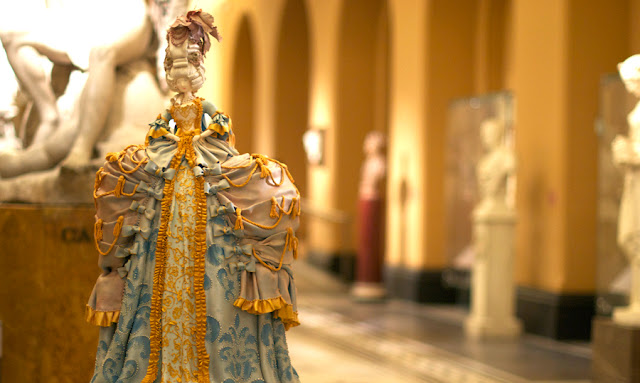 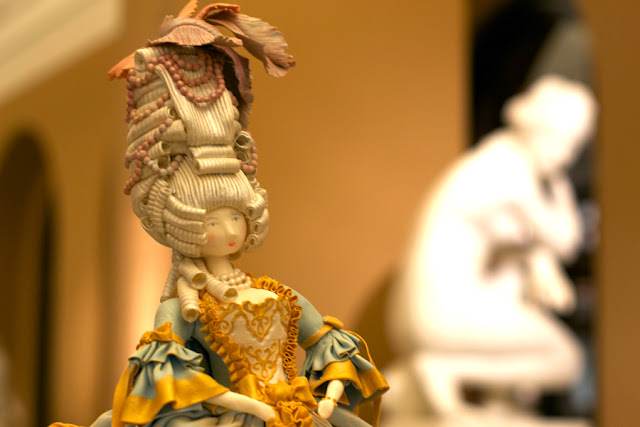 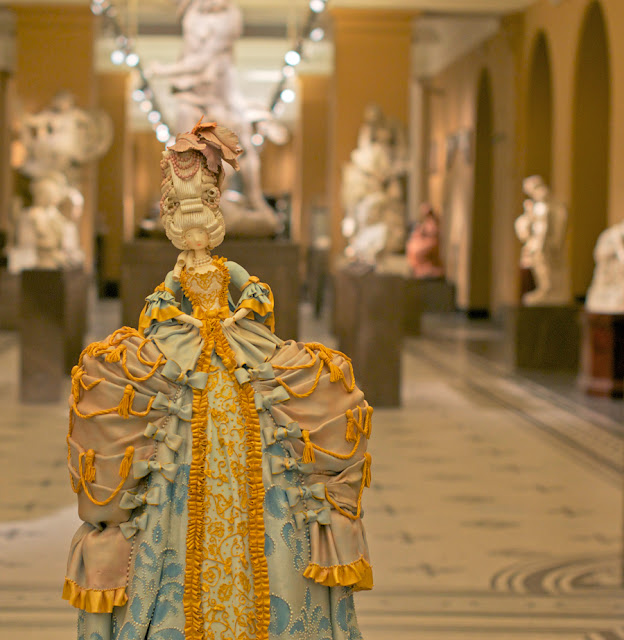 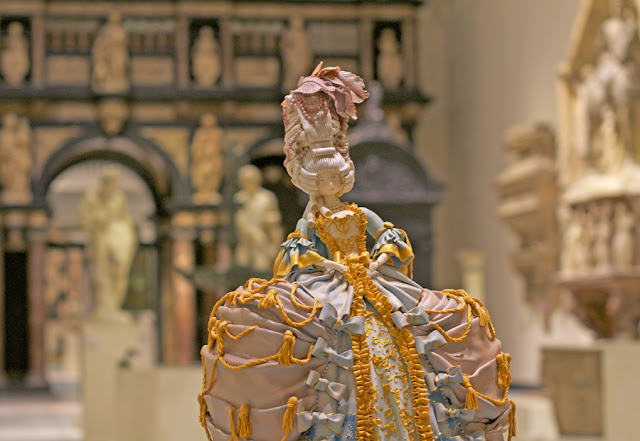 She drew crowds of people as we wheeled her through the museum. 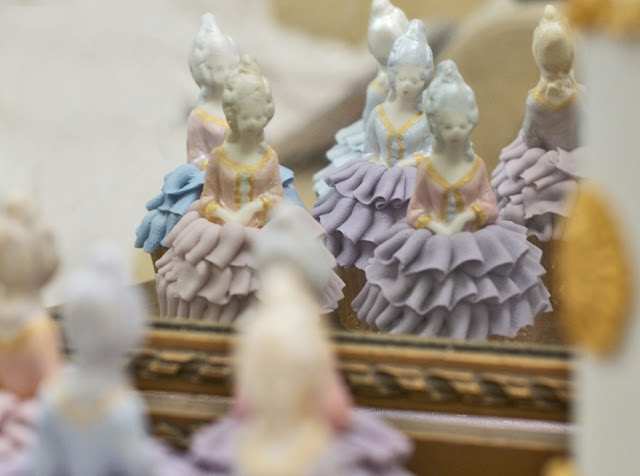 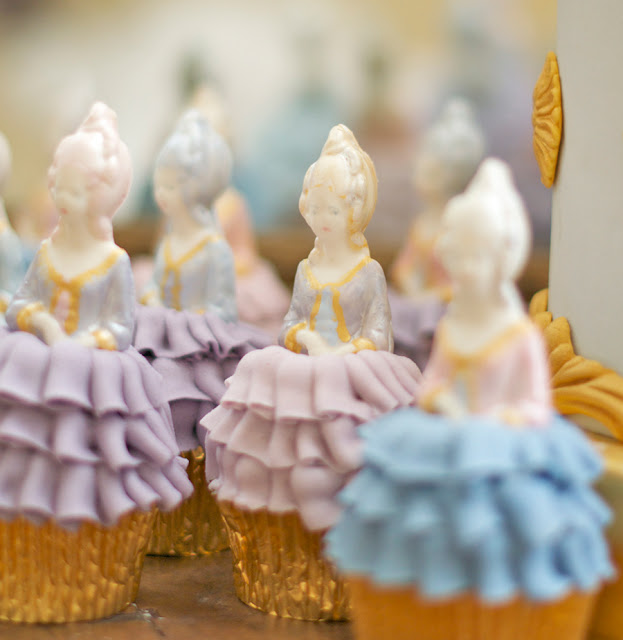 These are the cupcakes the audience ate. 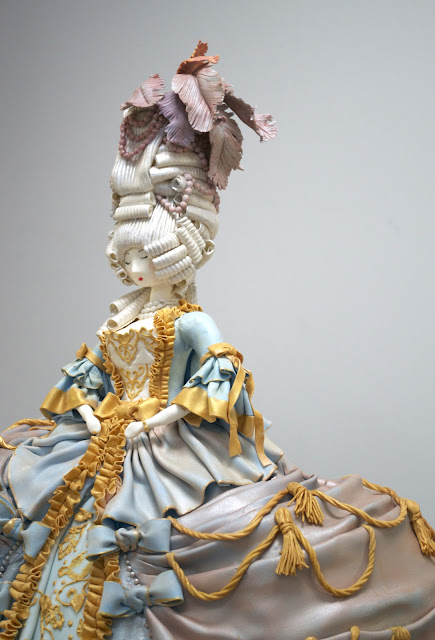